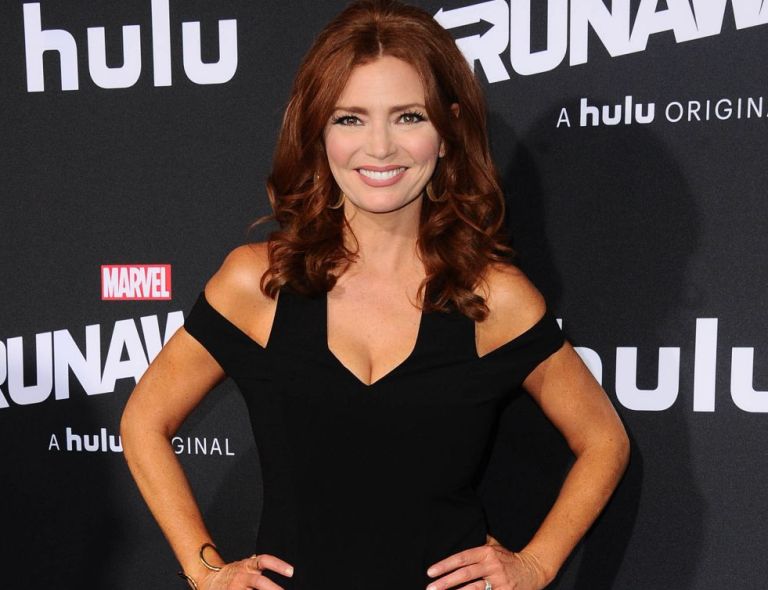 If Hollywood ever wants to do a headcount of all the actresses who have been generously donated, Brigid Brannagh will definitely be among those who make it to the top of the list.

Brigid is a famous American actress who is best known for her role in the Lifetime series Army Wives. Her generous natural talent makes her stand out in the crowd and has earned her several roles in certain films such as Life Without Dick.

Although the actress is popularly known as Brigid Brannagh, she was born as Brigid E. Walsh on the 3rd day of August 1972. Brigid, whose star sign is Leo, was born in San Francisco, California in the United States of America. Of course, she is American, but she is of Irish descent. Brigid was born as the fourth child of a family of nine and started auditioning for roles at the age of 13.

Her first appearance in a film was in 1988 with her role in the film The Wrong Guys. The following year, she made a guest appearance in an episode of Jake and the Fat Man, and the sitcom True Colors, which was about a mixed-race family, gave her the chance to play her first notable role from 1991 to 1992, and subsequently, she took on other notable roles in Kindred: The Embraced and Brooklyn South in the 1990s. Brigid Brannagh also played the lead role in the television series Over There and was a guest star in the second season of the television series entitled Charmed, where she played the role of an old witch named Tuatha in 1999.

Between 2000 and 2001 she appeared in four episodes of Angel as Virginia Bryce and in 2003 she appeared in the Star Trek: Enterprise episode First Flight where she was cast in the role of Rubie. Her breakthrough, however, came in 2007 in the television series Army Wives, where she played the role of Pamela Moran. As one of the main casts, she could be seen from season 1 to season 6 until spring 2012.

The acclaimed actress will play the lead role in the upcoming TV series Runaways. She has also appeared in other films such as The Man in the Iron Mask and Quest of the Delta Knights.

In several shows and films, the famous actress has been celebrated as Brigid Walsh, Brigid Brannaugh, Brigid Conley Walsh, Brigid Brannagh, and Brigid Brannan. She appeared alongside William Petersen in “CSI: Crime Scene Investigation” where she played Tammy Felton in the first two seasons. You can also find her in the film Crush on You and Not That Funny.

When you think of a woman who is shaped like an hourglass, think of Brigid. The body measurements of this popular actress can only be described as beautiful, with her natural large chest of 35 inches and a contrasting tiny waist of 25 inches, which complements her neat hips of 36 inches and gives her a shape that most Janes desire.

Brigid, who wears a size 34D D cup bra, has never had a breast implant or other breast surgery to enlarge her breasts. Although rumors about breast augmentation have been circulating among the actress, this has not been true.

She pays tribute to her beautiful breasts for the fact that she has been cast in many roles that require her to wear costumes with very low necklines, such as in the 2002 film “Life without a cock”, in which she had to wear very revealing clothes.

The actress has other beautiful natural talents that contribute to her perfect appearance. She wears a dress size of 10 and her shoe size is 7.5, Brigid stands at a height of 160 cm (5 feet) and her weight of 57 kg (126 lb) is consistent with her height. The actress’s eyes are hazel and her hair is brown. All these features give her a unique appearance that never loses her attention.

Brigid has been married to her spouse Justin Lyons since 2000, and the two seem to live in marital bliss as there has been no sign of friction between them. The couple currently live in Los Angeles, California.

The net worth of the renowned actress is estimated at 14 million dollars, which is really high.

Brigid comes from a large family of nine children, in which she holds the position of a fourth child.