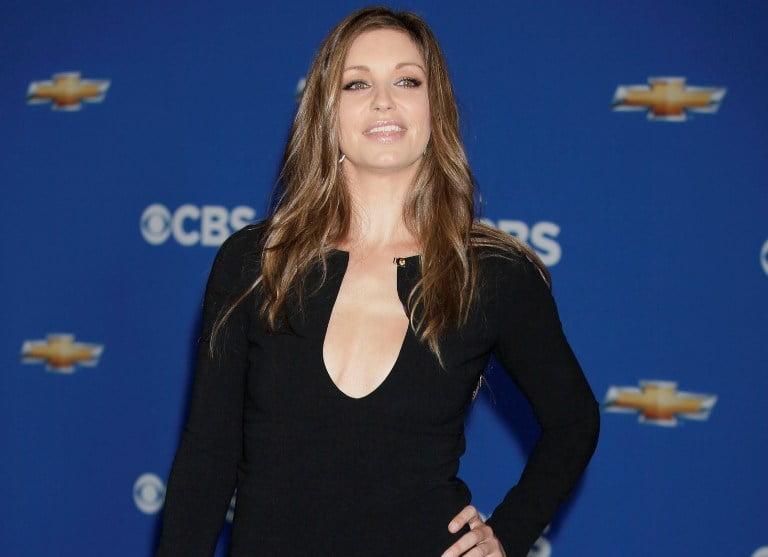 There is a growing delegation of celebrities who have been brought into the limelight by signing a contract with a popular network. In the case of the American actress Bianca Kajlich, she was already relatively well-known. However, her affiliation with CBS in 2007 made her star burn all the brighter.

Kajlich was born on 26 March 1977 in the city of Seattle in Washington. The actress attended high school in her native city at a school called Bishop Blanchet High School. She continued her education at Washington State University in Pullman.

Bianca did not start acting immediately. Before her professional acting career, she was a ballet dancer for a while at the Olympic Ballet Theatre in Edmonds, Washington. The actress may have danced ballet for seven years, but her heart tended increasingly toward acting. During a considerable part of her time as a ballerina, she also worked on her acting performance by taking roles in some smaller movies.

Her first attempt at acting came in the form of a commercial with Kragen Auto Parts. After that, she successfully played leading roles in several movies like Swan Lake, The River, and The Nutcracker. As her repertoire grew, she finally gave up dancing and immersed herself completely in the film industry.

In her career after dancing, she enjoyed roles in numerous movies. Halloween: Ressurection, 30 Minutes or Less, Bring It On, Dark was the Night and 10 Things I Hate About You are just a few examples of films she has starred in since 1999. Bianca has also appeared in recurring roles in various television series such as Sorority, Boston Public, where she played Lisa Grier. She also appeared in Dawson’s Creek as Natasha Kelly, in UPN’s Rock Me Baby as Beth Cox and in 20th Century Fox’s Vanished as Quinn Keeler.

Kajlich’s one-episode appearances include shows such as 2007 Psych in the episode entitled Psy vs. In the episode, she portrayed the role of a psychic FBI agent. Other TV shows in this category include Fox’s Fastlane as Bree, Freaks, and Geeks as a girl with piercings and punk hair and HBO’s Curb Your Enthusiasm as Paula.

But in 2007 Kajlich took to the stage with her most successful role to date in CBS’ sitcom Rules of Engagement. She plays the main character Jennifer Morgan, the unusually accommodating and manipulative live-in fiancée of Adam Rhodes (played by Oliver Hudson). The show was broadcast on CBS from February 5, 2007 to May 20, 2013. However, it continued to air on a number of affiliate networks until it was finally discontinued in 2016. The sitcom ended after seven seasons and 100 episodes.

Following her Rules of Engagement Days, the actress also played an important role as Leslie Burton in the NBC sitcom Undateable. The show was broadcast on May 29, 2014. It ran over 36 episodes in three seasons and effectively ended on January 29, 2016.

Bianca has, even more, to offer besides her talent. The gorgeous actress has landed several times on Maxim’s Hot 100 women lists. In 2004 she was ranked 74th on the list and climbed to 63rd place in the 2007 edition.

The actress of the Rules of Engagement is of mixed descent. She was born to a Slovakian father, Aurel Jan Kajlich, and an Italian mother, Patti (née Campana) Kajlich. She has two younger siblings, a boy and a girl named André Kajlich and Anya Kajlich.

Not much is known about her sister, who may be a veterinarian by her Twitter handle. Their brother André was on his way back from a party with some of his friends in 2003 when he was hit by a subway train. He survived but had to have both legs amputated, one at the hip and the other above the knee. His story is an inspiration; he later became a professional skydiver in the USA.

In an interview with CBS, the actress revealed that her brother’s story inspired her to start a drama club in a camp for amputee children in Ohio.

Bianca was married twice. The first time she was married to US footballer Landon Donovan. He is considered in many circles to be the greatest footballer the country has ever produced. The couple entered into marriage on 31 December 2006, but the marriage did not last long. They separated in 2009 and filed for divorce on 23 December 2010. The couple had been together for three years but had no children.

Two years later, on December 16, 2012, Bianca walked down the aisle again with Michael Catherwood. Michael is an American radio personality who is usually affectionately known as “Psycho Mike”.

The couple has one child, a daughter, Magnolia Catherwood, who they welcomed into the world sometime in April 2014.

What is interesting about Kajlich’s career is that she was mostly only involved in films and television shows that brought in more money than the respective production budgets. It is clear that the actress has much more to give. But for now, various sources have estimated her net worth at 3 million dollars.

Bianca is definitely easy on the eyes and has body features that complement her stature and infectious smile. She comes in at 5 feet 8 inches which translates to 1.73m and maintains an approximate weight of 54 kg. Her eyes are green and she has got dark brown hair. Bianca has a bust size of 34 inches; a waist size of 24 inches; and a hip size of 35 inches.