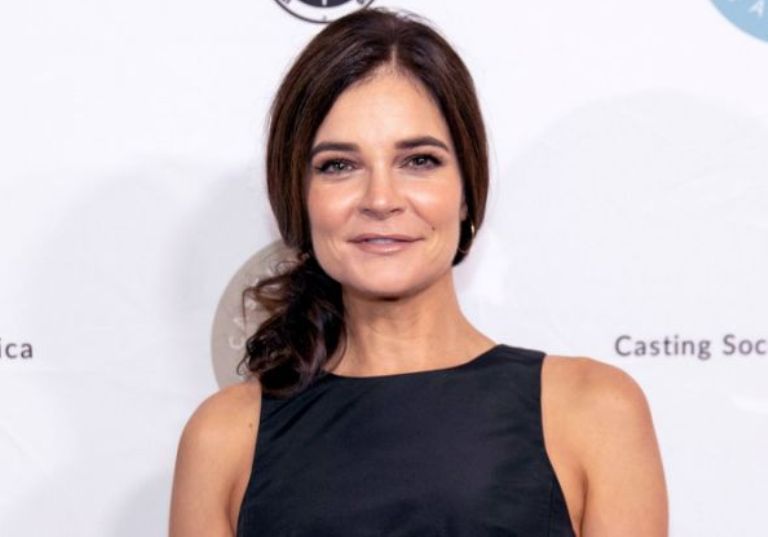 Betsy Brandt is an American actress who began her professional career in 1998. She is best known for her roles in the TV series Breaking Bad and in Life in Pieces by CBS.

Betsy Ann Brandt was born on March 14, 1973, in Bay City, Michigan, the daughter of electrician Gary Brandt (father) and teacher Janet (mother). Her family has German roots. Brandt fell in love with the theatre at a very early age.

During her time at Bay City Western High School in Auburn, Michigan, she developed a special interest in directing musical theater. Originally Brandt had planned to stay with directing, but after she got the lead role in a high school production of Exit the Body, she changed her mind.

Immediately after graduating high school in 1991, Betsy enrolled at the University of Illinois at Urbana-Champaign. She graduated in 1996 with a Bachelor of Fine Arts degree in acting.

Over the next few years, Brandt refined her acting skills at the Harvard Institute for Advanced Theater Training and at the Royal Scottish Academy of Music and Drama in Glasgow.

In 1998 Brandt then began her full professional career, beginning with short films. At that time she had moved to Seattle, Washington. In order to improve her chances for bigger appearances, Betsy later moved to Los Angeles. For the next ten years of her career, Betsy appeared only in short films and a few TV movies and had small roles in numerous TV shows from Judging Amy to ER, Without a Trace, The Guardian, CSI, Boston Legal, and others.

And then in 2008, when Betsy got the biggest role of her career, came the role of Marie Schrader in the AMC drama series Breaking Bad. But it wasn’t easy because Brandt had to audition for three different roles before he got the role of Marie.

“For Breaking Bad it was like, this is one of the best pilots, probably the best pilot I’ve ever read,” she once raved about the series.

The series did a lot to improve her career when Brandt started to land other top jobs. In the movie, she appeared in Magic Mike (2012) and had guest appearances on shows such as Miami Medical, The Whole Truth, and No Ordinary Family. After Breaking Bad ended, Betsy had recurring roles in Private Practice and Parenthood.

Her next big appearance on the small screen was in the short-lived “The Michael J. Fox Show”. Betsey played a number of regular roles in Life In Pieces.

Betsy has done well since she entered the entertainment industry. Her performance at Breaking Bad is, without doubt, her best-paid gig. Her net worth is estimated at $4 million.

The husband of Betsy Brandt is Gary Olsen. They got married in 1996 and have been happily married and supporting each other ever since. Gary Olsen, born in 1973, has been working as director of the pre-sales software company OpenText since October 2004.

Like his wife, Olsen attended the University of Illinois at Urbana-Champaign, where they met. He graduated in 1995 with a Bachelor of Science in Engineering. 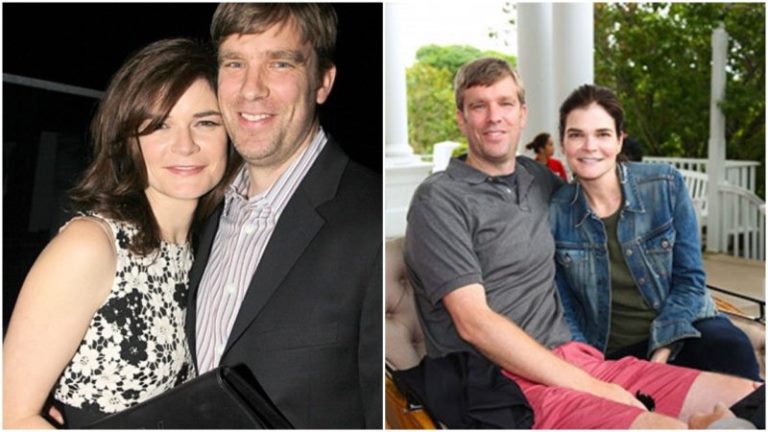 A year after graduating from college, Olsen began working as a senior consultant and project manager for the global information technology company Unisys. He remained in this position for five years and one month until he joined OpenText as a Senior Solutions Consultant in January 2001. After three years and two months, Olsen was promoted to his current position.

Betsy and her husband live with their family in Los Angeles. They have two children; a daughter named Josephine Olsen and a son named Freddie Olsen, born in 2008.

In June 2012, after Betsy finished shooting her role in Breaking Bad, she moved with her family to New York where she lives in an apartment on the Upper West Side. However, they still kept their house in Los Angeles.

With a height of 1.75 m (5 feet 9 inches), Betsy is one of the tallest women you can see in Hollywood. On the celebrity foot database website Wiki, Feet Betsy Brandt receives 5 out of 5 stars for her feet. She wears shoe size 9 (US).