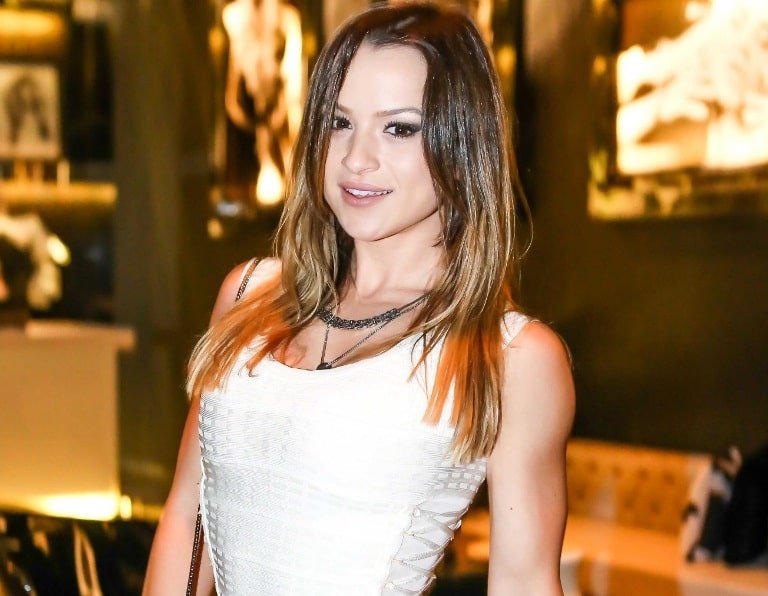 Brazilian beauty Alice Matos is one of the many ladies who has made a name for herself in fitness modeling. She began to draw attention to herself after participating in a number of competitions as a bikini athlete.

As she developed, she began documenting her efforts on Instagram, where she quickly won millions of followers. On the social media platform, she has at least 1.7 million followers. Alice Matos was born on 24 March 1985 and is from Florianopolis, Brazil.

Let us go through 7 things you didn’t know about the hot fitness model.

1. She was already an athlete before she dabbled in bodybuilding.

Growing up in her hometown of Florianopolis, Brazil, Alice was attracted to athletics early in her life. As a child, she played various sports such as volleyball, basketball, and football.

Although Alice has always been into sports since childhood, she never even dreamed of pursuing a career as a bodybuilder. However, sometime before the summer of 2010, Alice started following established athletes like Larissa Reis, Michelle Lewin, and Oksana Grinisha.

Inspired by her hot bodies, Alice decided to find a personal trainer to help her look in the right shape in time for the summer.

And so the training started, and after about a year of intensive training and a strict diet, her personal trainer realized that she had developed a body that could make life difficult for most female bodybuilders. He encouraged her to participate in her first competition, which would be the 2011 Arnold Classic in Ohio, America.

Alice once said about her career as a bodybuilder: “In the beginning, I never imagined that I would participate in a bodybuilding championship. I did not want to lose my femininity. But I decided to use my chances and favorable genetics for bodybuilding. And now I love the physique I gained from it!”

3. Alice won her first competition (the 2015 IFBB Bikini Championship in Santa Catarina) after many failed tries

Although Alice did not take part in the competitions until 2011, it took four years before she received her first award.

After her debut in 2011, Alice became more determined to push herself to her limits. Alice says that her motivation came from a desire to overcome all the limitations of her body.

In an effort to improve her first performance, Alice returned to the 2012 Arnold Classic competition. This time she was placed 6th. Later that year she participated in the Brazilian IFBB Championship 2012 with 5th place. Alice improved from year to year and finally got her dream in 2015.

Today Alice has the privilege of modeling alongside her fitness colleague Michelle Lewin, whom she once looked up to. Her star power has earned her a feature on the Hardcore Ladies blog.

4. The workout routine that works best for Alice is a full routine.

Alice trains 5 times a week and includes 40 to 50 minutes of cardio. Among her three favorite exercises are Barbell Squats, Back Row, and Bech Press.

Alice says she loves these movements because they are compound movements that involve more than one muscle group at a time, which is the best way to build muscle mass.

Yes! Alice has been kidnapped. A woman that hot can only stay single for so long. Alice is married to a guy named Giuliano Puga. Puga is the creative director of her clothing line, Labellamafia Group.

Click here to see more photos of their wedding day.

6. Here is what her diet and supplements look like

Alice not only burns out in the gym but also does not joke about her diet and supplements. She eats about 6 times a day to boost her metabolism. This is what her typical daily meal looks like;

7. She bolsters her income with proceeds from her own clothing line

Alice owns a fitness clothing line called the Labellmafia Group. All products are 100%. Shipping to the USA is free for orders over $30.