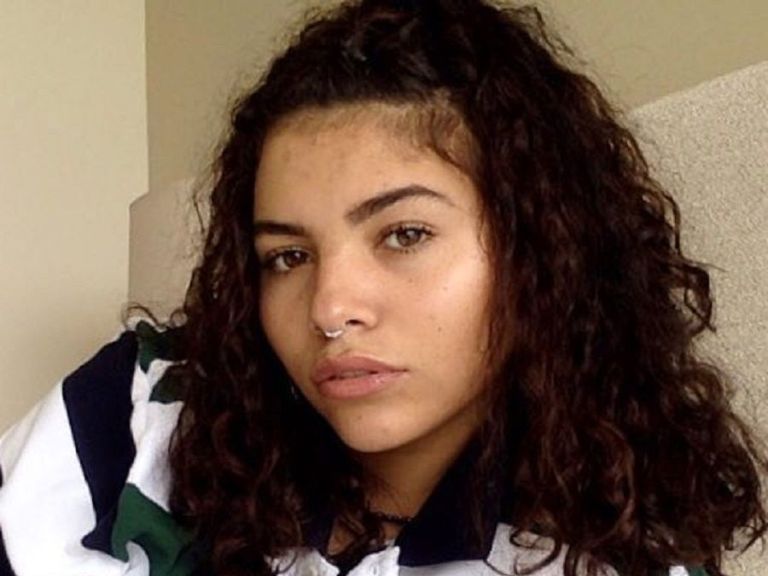 The offspring of a star is no less a star and attracts the same, if not more attention and fame than his or her progenitor. This is the case of Alexandria Zahra Jones, the teenage daughter of the famous duo, the late English singer, songwriter, and actor David Bowie, and Somali-American supermodel Iman Mohamed Abdulmajid.

Her father is praised by critics and fellow musicians alike for his innovative work, and his music has consistently proven its enduring popularity with audiences who buy music. With four of his albums in the UK album charts, four in the UK vinyl album charts, and three in the Top 5, his music still has its impact and has not lost its luster.

David and Iman welcomed their first child together on August 15, 2000, after having waited for them for so long. Their sweetheart was born at Mount Sinia Hospital in Manhattan, New York. Her birth marked a turning point in the lives of her parents, who seemed to revolve around her.

Her father reportedly quit smoking and drinking and turned to a healthier, lower-fat diet to become a clean machine and lead a normal family life around the time she was born.

Alexandria, popularly called Lexi or Lex, was called a miracle baby because her mother had difficulty getting pregnant. Her parents even tried IVF to get pregnant, but it failed and they considered adoption when it was discovered that she was on her way there.

She was at the center of her parents’ lives and apparently brought them closer together. The famous duo shared their lives in London and New York and always had their little ones with them.

Lexi is still a young teenage girl who has not yet set the sails of her career but is concentrating on her studies. She leads a quiet life far away from the paparazzi.

ALSO READ: Cleo Cole Elliott Age, Everything You Need To Know About The Musician

David Robert Jones, professionally known as David Bowie, was born on 8 January 1947 in Brixton, South London, England. He was a leading figure in music for more than five decades, with his music and stagecraft having a major influence on popular music. David is known for hits such as Starman and Space Oddity.

After the birth of his daughter, he released four albums. Heathen came in 2002, followed by Reality in 2003 and The Next Day was released in 2013 on his 66th birthday. David was awarded the Grammy Lifetime Achievement Award in 2006.

He continued to be full of surprises until his final days with the release of his 25th and final album, Blackstar on his 69th birthday in 2016. However, his stay on Earth ended on January 10, 2016, after an 18-month battle with liver cancer at the age of 69 in his New York City apartment.

The beautiful Lexi was born as the daughter of rock star David Bowie and fashion icon Iman Mohamed Abdulmajid. Her parents married on 6 June 1992 in Tuscany, Italy.

He met Iman at a party in Los Angeles and described his attraction to the supermodel as immediate and comprehensive. He was totally entranced by the first glance that he already called her future children by name. The two exchanged their vows 18 months later in a private ceremony in Lausanne, Switzerland, on April 24, 1992.

With the arrival of their bundle of joy almost eight years later, their whole environment changed. Iman described her daughter’s arrival as the happiest of all time in her life and said that although they were very close as a couple, the arrival of Lexi brought them even closer together. She described the feeling as a sense of joy or satisfaction that was almost palpable to both of them. Lexi has enriched her parents’ lives and added color to their lives beyond their dreams.

The rock star wanted so much to be involved and active in his little ones’ lives. He would go to school with her and do other activities with her.

Lexi’s coming also brought David’s slow steps away from life in the limelight. During this time he began casting big roles and only took on a few acting roles. However, he made a notable guest appearance in the comedy Zoolander in 2001.

Alexandria Zahra Jones was the first child born to David and Iman as a couple, but the two of them already had one child each from their previous marriages, so Lexi has two half-brothers and sisters. David had Duncan James from his first marriage to Angie in 1970, while Iman had Zulekha from her marriage to Spencer Haywood.

Zara Mohamed Abdulmajid is a Somali-born fashion model, actress, and entrepreneur, born on 25 July 1955 and known as Iman. After being discovered by an American photographer, Peter Beard, during a stay at university in Kenya, she did not look back but made a career as a model. She modeled for almost 2 decades and has her own cosmetics company, which she founded in 1994. The company focuses on hard-to-find shades for women.

Iman was awarded the Fashion Icon Lifetime Achievement Award by the Council of Fashion Designers of America (CFDA) on June 7, 2010. The prize was awarded to her for her distinctive style, which has had a major impact on fashion.

The supermodel with fashion icon was married to American basketball player Spencer Haywood from 1977 until her divorce in 1987. However, they had a daughter in 1978.

Alexandria has two half-siblings from her parents’ previous marriage.

Duncan Zowie Jones, also known as Duncan Jones, is an English director, producer, and screenwriter best known for directing the 2009 sci-fi movie Moon. Her half-sister is through her mother Zulekha Haywood.

Her full name is Alexandria Zahra Jones, but she is known as Lexi Jones.

She loves to travel and eat.

Her mother is Somali, while her father is of English and Irish descent.